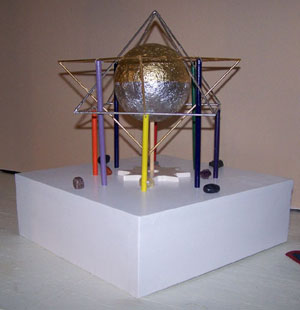 In January of 2002 Michael appeared to Joe Crane and instructed him to make a working model of the gate of grace he had given him years before. It took Joe a few years to come up with the Working Model we have today. It is still being discovered what it can do. What Michael said it can do is to help bring Eden back to Earth by lowering the amount of violence in the area it is placed, also allowing for emotions to be calmed in a much faster rate. Our estimations of the range is about 50 to 100 miles. Now remember this is just an estimate. At the 2005 Eden Event Joe Crane unveiled the first of the Working Model Gate of Grace.(Picture Below) 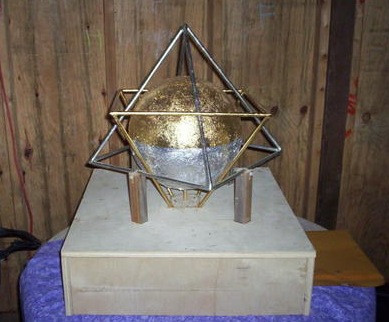 
Michael: Our time is short yet I must speak of two things before it is ended. When you teach of prosperity and living abundantly there is that which you have forgotten to give. You have done this for you thought you were joking. You spoke of the seven habits of highly unsuccessful people in jest. It is the same as the traps a master will fall into. As one must know of a trap to avoid it, one must also know of a habit to change it. Should people find themselves acting in one or more of these ways, they will have the knowledge to act differently. This will be a very powerful tool.


Joe: Well, Michael I did think I was just being funny when I suggested it. However, I can see the wisdom in where you are coming from. I can teach that and it should be fun.


Michael: Lastly I would have you hear me in the working model for the gate. Did you not notice that once you set it in motion with the stones in place there was no violence or arguing? The entire event took on an excited peaceful state.


Joe: Now that you mention it I can see what you are saying.


Michael: Yet few, if any, of the masters saw this for the vibrations were low. The cause in the lack of frequency strength was caused by the damage done in transporting the gate to the event. The Ball in the center must be round without dents. The ball must be covered in gold and silver without interruption. The same holds true for the octahedron. Each pyramid must not have bare places that would interrupt the flow of the vibration. Repair that which needs to be and set it in motion where you live and see what takes place around you.


Joe: I know just how to do that. I will check with the sheriff�s department and find out about the crime rate and then see what happens after the gate runs for a month or so. Thanks for the tip. Is that all?


Michael: You will need to rest and get out of the sun and heat. You are about more important things for now.


There is no need to sit inside of the Working Model Gate of Grace as it flicks Grace off of it as the ball in the center spins. The spin of the ball is not as fast as one would think we used a disco ball motor for the turning of the center ball in the 8 inch size and Joe used the same motor in the massive Laminar vision of the Working Model Gate he brought to the 2006 Eden Event this year.(Below) 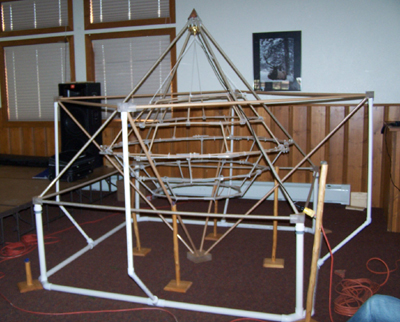 (8 foot Working Model Gate
made by Joe Crane with Gold and Silver Laminar Crystal.
On display at the 2006 Eden Event in Eastes Park Co.) 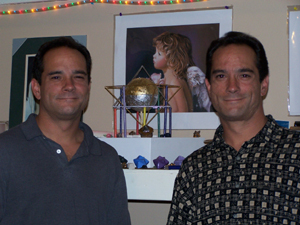 Brian & Dave with the Working Model Gate of Grace in our healing room.