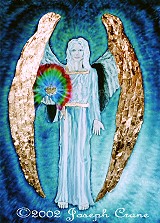 Laminar Crystal/ Magic Stars How they came to be.


In 2005 I received a call from Joe Crane. He had called to ask me a specific question regarding my acquaintance with Jim Carter. Joe asked, �You know the man that makes the Laminar Clay?� I said yes we had spoken a number of times and I could get in touch with him. Joe then asked if I would find out how to make the clay. I told him he doesn�t really give that info out but if you are asking me to find out how there is an angelic reason. He said yes there is. So I called and during my conversation with Jim I asked for the way to make the clay. He gave it to me and said he did not know why he was sharing this with me, he does not give that out to many people. We finished our chat and I called Joe back to inform him of what I had learned. .

Joe my brother Brian and I learned together how to make the clay and other ways of using the Laminar Crystal. Brian and I were very interested in making the Star Octahedron that is in the painting of Michael that Joe painted in 2002. We felt that it would really enhance the power of the clay. We were correct, it does. Later on in the year Joe had made a water diamond that instigated a visit with the angel Michael where he said that the shape of the diamond would take what took a day to do would now happen in a few minutes. Also that the shape would make what we call �dew�. Dew is what used to cover our planet when water had not been altered by our consciousness. After making the Star Octahedron we did some experiments with it. We found that the shape of the Star not only enhanced the Laminar Crystal it became more powerful than the Star Chamber that Jim Carter made many years ago. We feel that it should be able to be obtained by anyone thus our prices are very reasonable and most anyone can afford a Star for themselves.

In 2005 we started to make the Stars for water or bath. Starting 2006 we have been making Pendants and Beads to make jewelry for everyone to use. The responses I have received from those wearing the jewelry or using the Star for water treatment has been amazing. People have reported that they have been able to use it for a number of things. Just holding a piece of this Laminar technology most people can feel a sensation or calmness come over them. Some report that their mind becomes clear and it makes them feel like they are standing taller.

There are many uses for the Star and we discover new things about them everyday. Laminar Crystal Stars, Pendants, and Pads can aid you on your path to healing or self enlightenment. Order one for you or a loved one today. It will last lifetimes and it never stops working. Feel free to call 408-504-8255 or email: info@angelicgate.com with any questions or to place an order. We also like to hear your experiences. Bless your hearts! ~ Dave Savedra 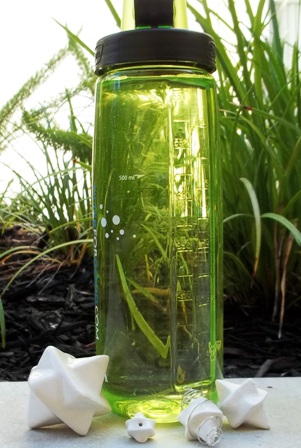 
Michael's Laminar Crystal Water Stars will enhance your food, beverage, or water. They are glazed so that they will not take on smell, color or taste of anything you place it in or near. The Large Star was made to go into large bodies of water, such as your bath tub. People have reported that they have placed the stars in pool filters, Jacuzzi tubs and other water sources. The size of the star is a matter of preference. Some like to carry the star with them so the Medium and Small are preferred in that case. Other's like a variety and order different sizes. What ever you choose to get you will find Michael's stars to create a way to place life force into your body, food, and water. Phone orders welcome 408-504-8255